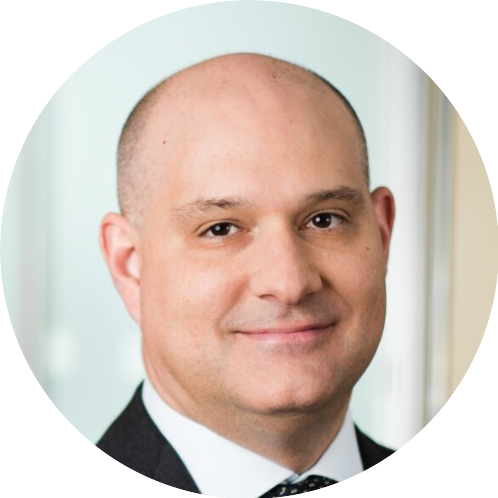 A conversation with Eric Hartline, counsel and head of legal operations at The Guardian Life Insurance Company of America

From managing the white collar and regulatory defense practice group at Debevoise & Plimpton LLP to now leading legal operations for the law, compliance, and government affairs department at Guardian, Eric Hartline shares what he’s learned about navigating a government investigation with swift but controlled action.

What is the first step you take after you’ve been made aware that your organization is under investigation by the government?

You need to take a lot of first steps immediately and simultaneously. You cannot move quickly enough and in a focused and controlled way. Good investigations occur in real time and are fast-moving. If it’s a major investigation, it is unlikely that it will be confined to just one government agency. Things quickly develop into parallel investigations with federal, state, and international agencies all wanting witnesses and documents. The sooner the organization can get the mess behind it and get onto the right track, the better for everyone involved.

If the organization decides that cooperation with the government or other regulators is the right approach, the extra and hard work now should help set the right tone going forward. Hopefully, you have a seasoned general counsel who has been through this previously, and there is a strong internal team that can hold things together while a plan develops, and the necessary resources come online.

You have some key first moves that need to happen. All organizations have senior leadership teams and boards that likely will need to be informed and will want information as the story develops. You may have immediate or timed public reporting and obligations to the market and other constituents that could have its own set of consequences, such as private litigation or other government regulators becoming involved.

At the same time, some information may need to be kept on a close hold, so you’ll have to balance information sharing on a need-to-know basis. You need to immediately figure out who was involved and safeguard the data, casting a wide net that can be narrowed later. Next, you need figure out the right investigative team (internally and externally); do some crucial scoping; develop a flexible workplace; and begin to execute on that plan. You also need to respond to the investigators and let them know what steps you are taking. You need to keep moving forward while keeping the organization running at the same time.

How have you seen corporate legal departments evolve in response to the growing presence of legal operations?

I’ve only been in my in-house ops role for about 14 months, so I don’t have a very deep view of the evolution. What’s now called legal operations as a stand-alone function was previously called good, strong case and matter management that several people were doing, often in silos and in one-off scenarios. What I have seen is a consolidation of efforts (and the attendant de-duplication of efforts and resource commitment) into legal ops that has a focused and enterprise-level approach, such as in outside counsel management across the organization.

I’ve also seen a bit of an arms race to develop legal ops functions without proper planning. Some hard thinking around what set of problems are you trying to solve and over what timeframe needs to occur before creating a legal ops function. The problems you are solving for will create a role that is unique to the organization, but with some overall commonalities to legal ops generally.

What challenges have you faced in rolling out new technology in the corporate legal environment?